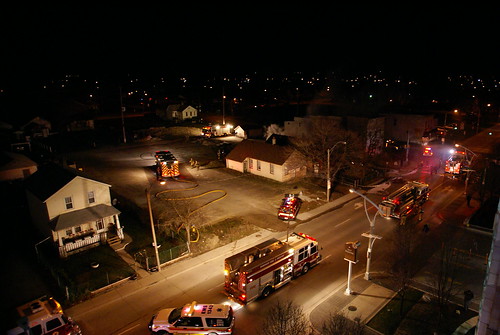 Firefighters from four Windsor Fire Stations responded to a fully involved house fire at the corner of Glengarry and University Ave. E, around 1:30am, Saturday morning.  The house (which looked abandoned), across from the Caesars Windsor parking garage, was spewing with smoke and flames when I arrived.  I owe a debt of gratitude to the security staff at Caesars for rapidly guiding me up the stairwell of the garage for a better angle of the firescene.  This was a strange fire scene too, there were multiple police cars attending, including the prisoner transport vehicle.  It appears as though this was a highly suspicious fire, given the large immediate police presence.  But I'm not totally sure what the cause for the fire was.  More pics after the jump... 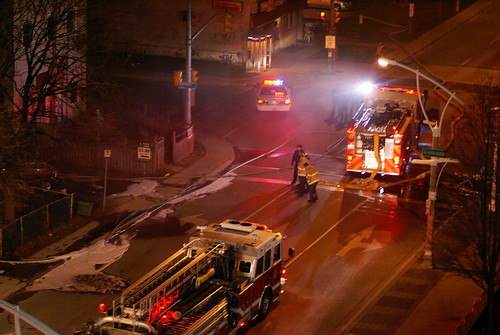 Windsor Police stand guard near an engine with a line stretched to a hydrant down Glengarry. 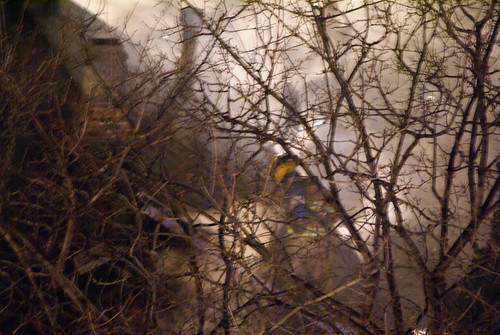 Firefighter with a chainsaw cuts holes in the roof of the house. 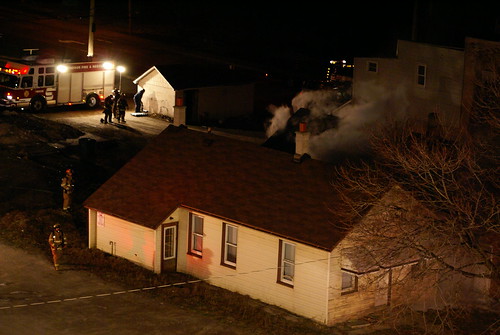 The house.  Flames were shooting out of the backside of it at this point. 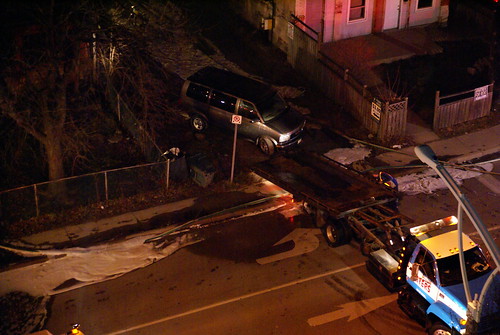 Myers towing swoops in to remove a minivan from next to the house. 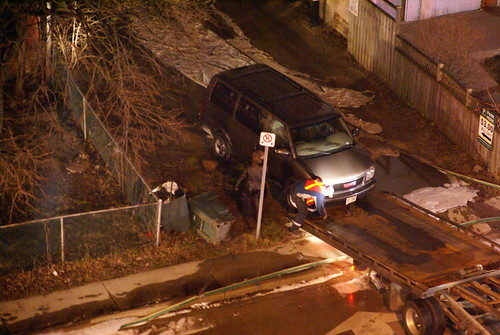 The owner of the van, from the looks of it a Caesars employee, runs up to move the van herself, but it is already being pulled onto the flatbed.  After this point, the flatbed moved down the street with the van, and from what I overheard, the lady was being asked to pay $30 to get her van back. 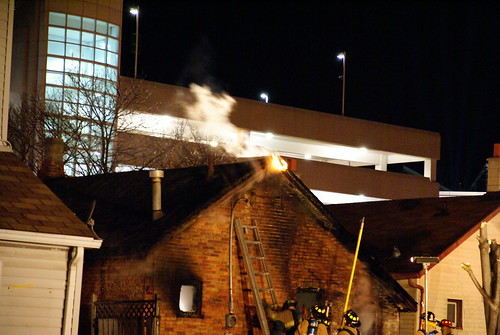 Around back, fire is still spewing from the roof, but it is mostly under control at this point. 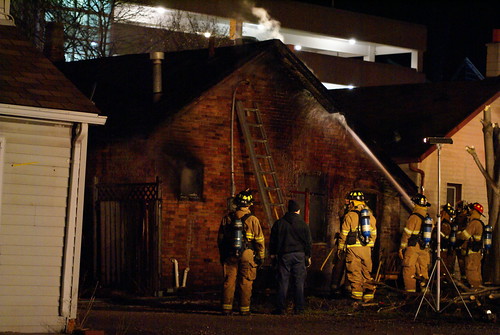 Fire is out, just a few hotspots left. 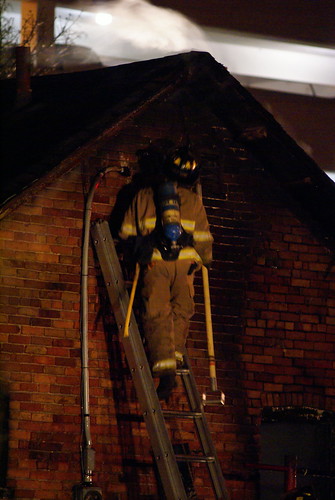 A firefighter checks the roof with a pick. 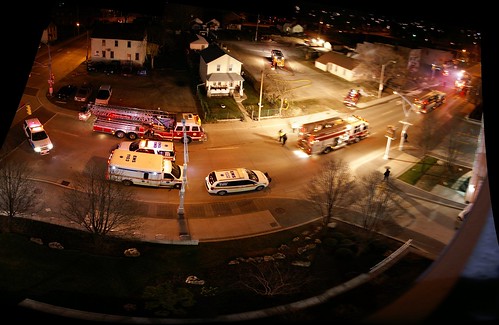 Quite the fire scene!