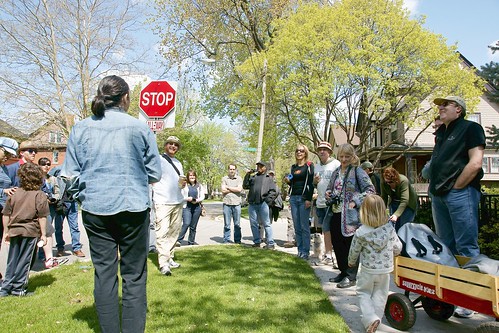 Saturday morning - blogger, historian, librarian at the University of Windsor and resident of Walkerville, Mita Williams led a group of around fifty walkers around Walkerville during Windsor's first ever "Jane's Walk"!  The walk in Windsor was part of a greater cause, planned in remembrance of Jane Jacobs, a well known Canadian urbanist whose grass-roots efforts helped to sustain many communities throughout Canada and the United States from so-called "urban renewal" projects - which would have devastated many communities.

Each year in late April/Early May since 2006, cities across the globe have come together to celebrate Jane's Walk with walking tours through local communities.  Walkerville's tour was focused on showing citizens how Walkerville, once a company town, a village of its own, and now a locale of Windsor has adapted to meet the needs of today's citizens.  As a resident of Walkerville myself, I was delighted to learn even more history about the area, first-hand, way better than a book ever could. 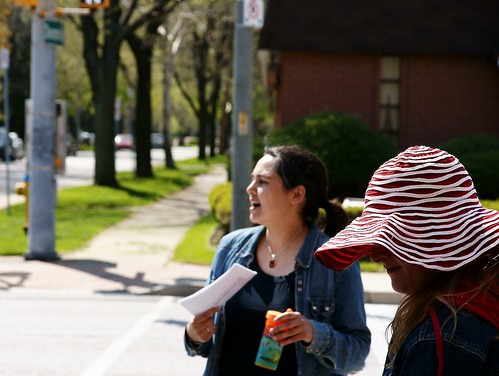 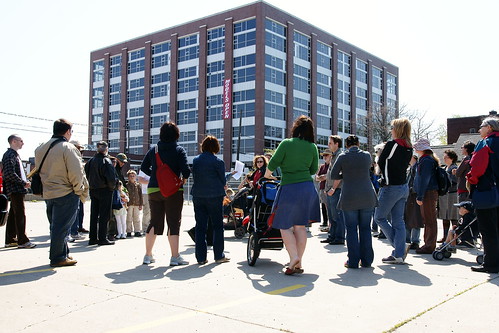 The group gathers outside Club Lofts. 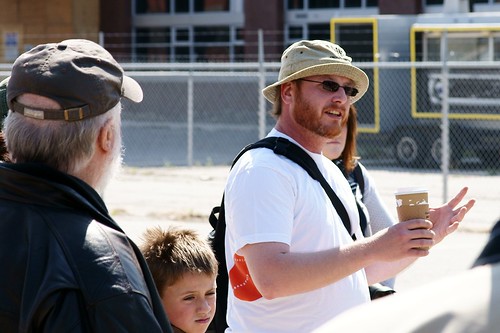 Chris Holt from Scaledown.ca speaks about Club Lofts - an adaptive reuse project of a former whiskey storage facility for Hiram Walkers, now turned into lofts.  This particular building was built to withstand frequent 'whiskey explosions', and is said to be even capable of handling a nuclear blast! 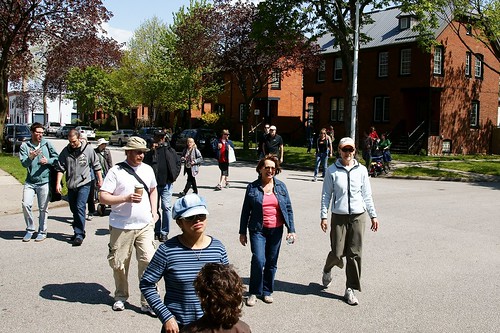 Arriving on Monmouth Rd., Mita discussed the Mayor of Monmouth who documents the area, including Monmouth's yearly block-cleaning parties.  Two residents from the area offered walkers a glimpse into their newly renovated row-house. 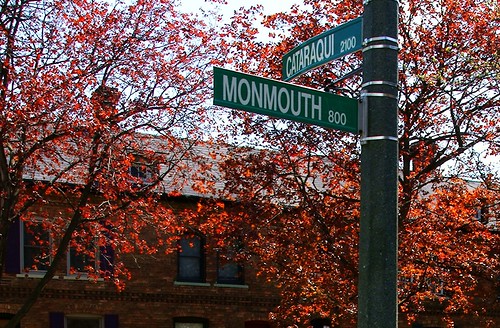 The corner of Monmouth and Cataraqui, which Mita explained is correctly pronounced Caat-ar-ah-quay. 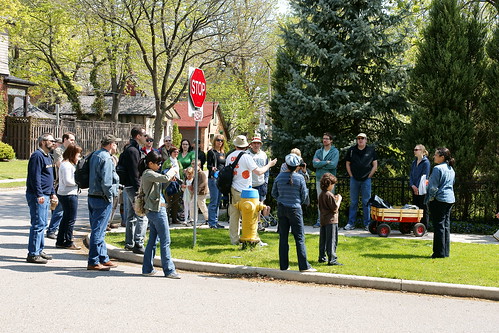 Now on the corner of Devonshire and Cataraqui, across from my favourite house "The Foxley", which Chris Edwards (publisher of the Walkerville Times and current head of the Downtown Windsor Business Improvement Area) explained was recently sold for just over $500,000, when it should've fetched $3M dollars.

The hour allotted for the walk was nearly at an end, and we made a turnaround at Willisted Manor. 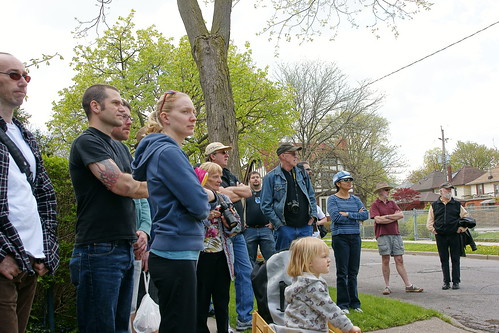 We passed by King Edward Gradeschool, which had been reconstructed between 1993-1994.  The original facade was saved, and added to the new building. 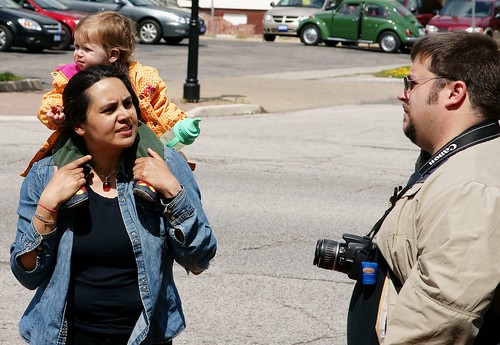 At the end of our walk, outside Peerless Ice Cream at the corner of Wyandotte and Chilver, we thanked Mita (speaking to Andrew from International Metropolis in the photo above), and continued on our own ways around Walkerville.

Thanks Mita for the great and informative walk!